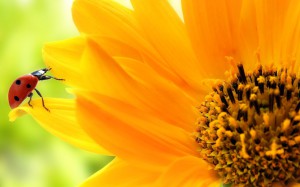 Could you help tell the story of the Cambridge University Botanic Garden ?
If you do have film footage of the botanic garden you could share, please do get in touch. All film formats will be converted for digital use and the original film will be returned to you along with a digital copy. Click here for more info.

Challenge yourself with Super 8 project, fill an art space wih motion and noise, help put on showings and festivals.

at the University social club bar (downstairs) on Mill lane, Cambridge or contact us using our contact page

As part of new film strand to Ely Cinema  & Village Screens during the Isle of Ely Arts Festival (celebrating the best of arts & culture throughout East Cambridgeshire this June),  a special programme of Super 8 films will be presented at the Ely Cinema at 3pm on the 23rd of June 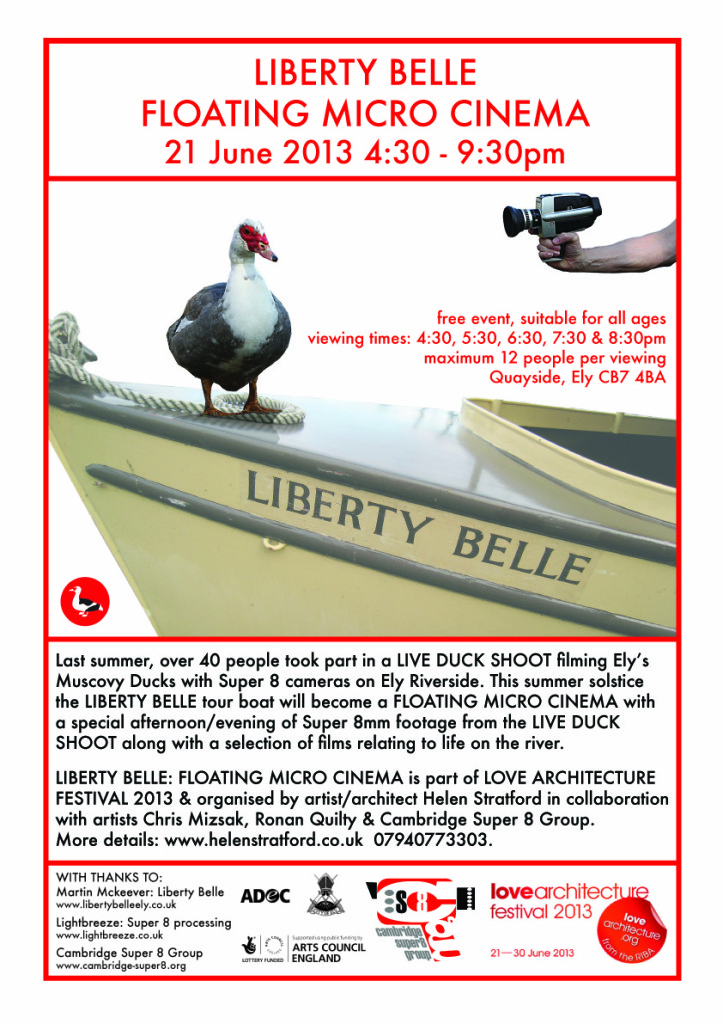 Last summer, over 40 people took part in a LIVE DUCK SHOOT filming Ely’s Muscovy Ducks with Super 8 cameras on Ely Riverside. This summer solstice the LIBERTY BELLE tour boat will become a FLOATING MICRO CINEMA with a special afternoon/evening of Super 8mm footage from the LIVE DUCK SHOOT along with a selection of films relating to life on the river.

As part of the Flicker: Artists & Super 8 exhibition in Bury St Edmunds, we’ve invited a number of practitioners to run hands-on workshops. Over the weekend of 16/17 February it was the turn of Martha Jurksaitis, founder of Cherry Kino in Leeds, to lead a group that shot and developed films in a darkroom under her expert supervision. We caught up with Martha at Abbeygate Picturehouse on the Saturday evening and interviewed her at length about the European DIY developing scene, the origins of Cherry Kino and the attractions of playing with film chemistry. Listen to the interview (MP3, 28 minutes, 25MB).

Martha curates work under the banner of “Wondermental Cinema” and you can follow her blog.

In the interview she mentions the Hamburg supplier Wittner and the new ADOX monochrome film.

Coming soon in this interview series: Dagie Brundert! And more adventures among the fixer-fingered folk keeping film alive and kicking…

A night of retro film footage, social historical images with musical treats. Also the opportunity to bring along any film you have, there will be spare projectors and hands on experience to show you how. Or just come along and enjoy the show.

There will be plenty of popcorn too! 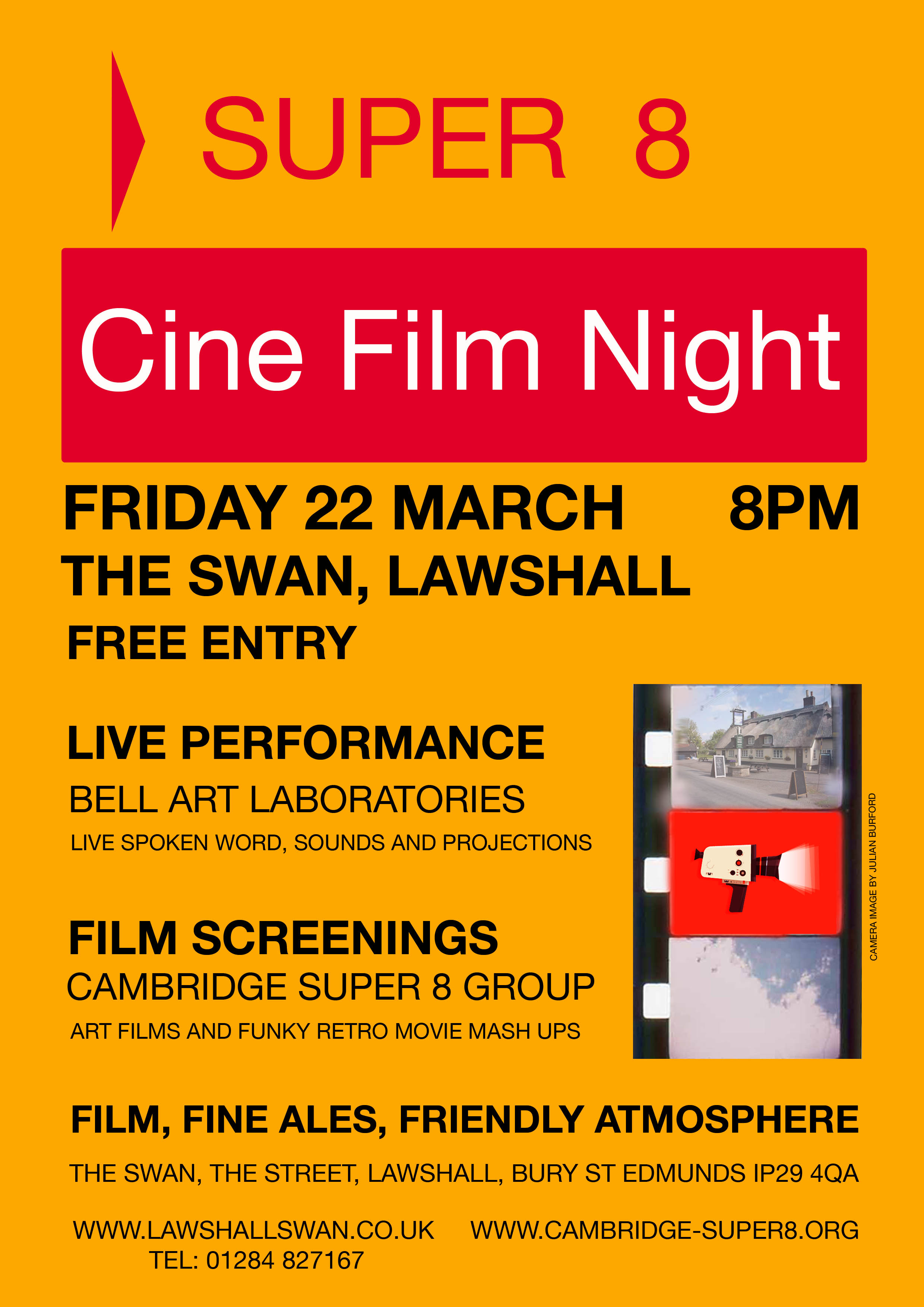 South:
A Journey in Super 8

To mark the final evening of Flicker: Artists and Super 8 we present a live performance by Chris Mizsak and Tony Scott from Bell Art Laboratories. South uses live spoken word, sound and Super 8 projections to tell the story of two characters, a saint and a biker, who travel through different landscapes and time scales, eventually reaching the same destination.  Shot and edited entirely on Super 8mm, the work is presented as a triptych of three projected films, exploring the perspectives of the two characters within the landscape itself. 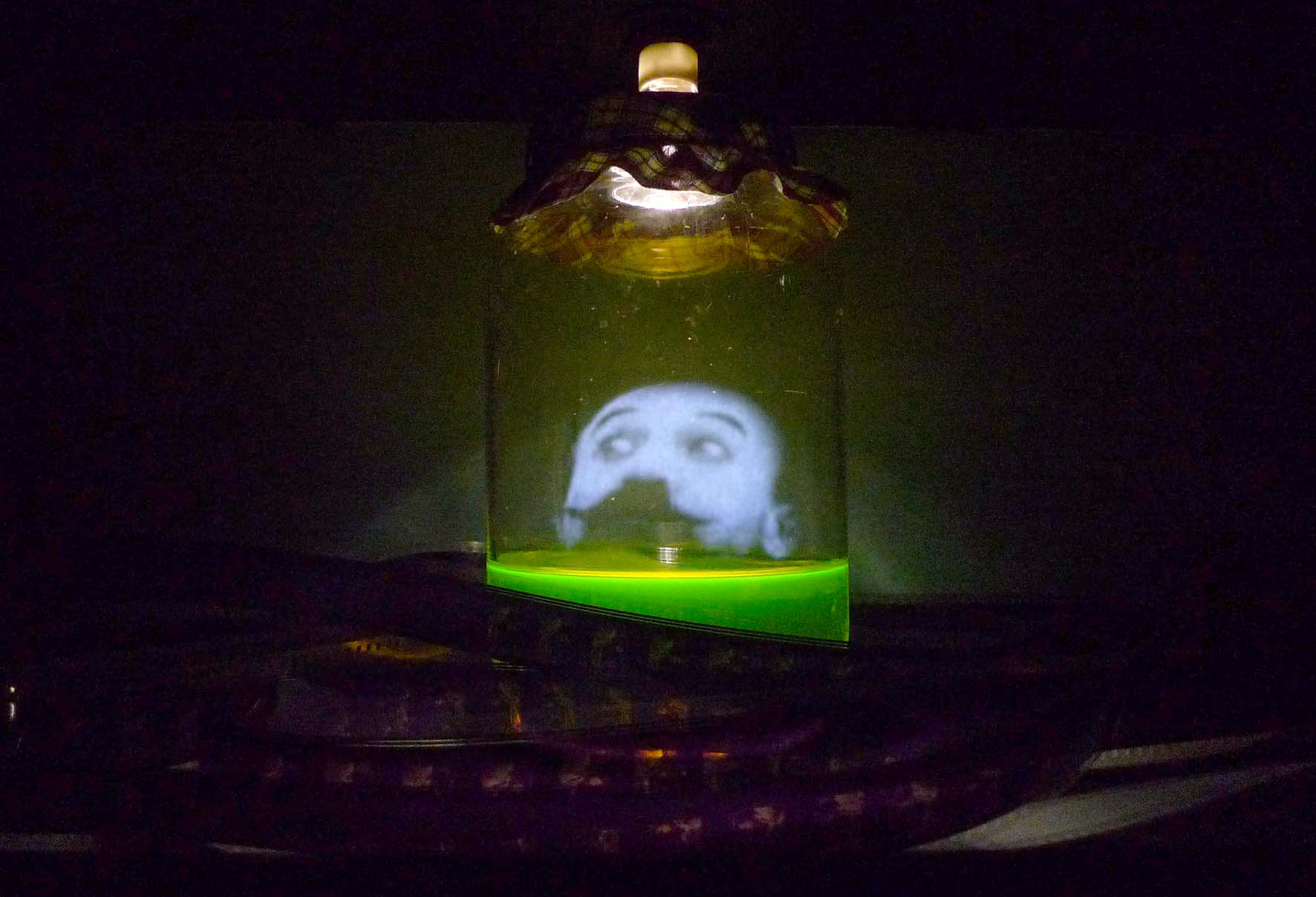 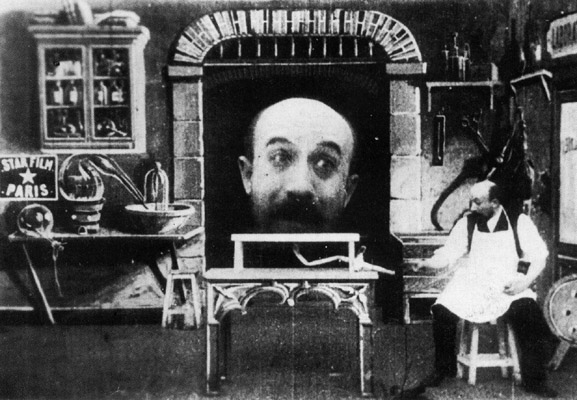 Dagie Brundert has a growing reputation as a Super 8 alchemist. We are lucky to have her visit us in Bury St. Edmunds from Berlin to lead this unique workshop in Super 8 film-making and processing using 3 different recipes using low cost domestic ingredients such as coffee, tea and red wine or beer.

This is one of a series of weekend workshops during the Flicker exhibition. The ticket price covers: 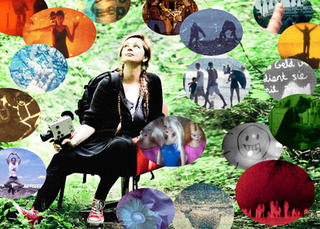 Where: Bury St Edmunds (near Cambridge) from 10am to 5pm

All you need to know about the workshop : http://www.wabisabisuper8.com/Burye.html